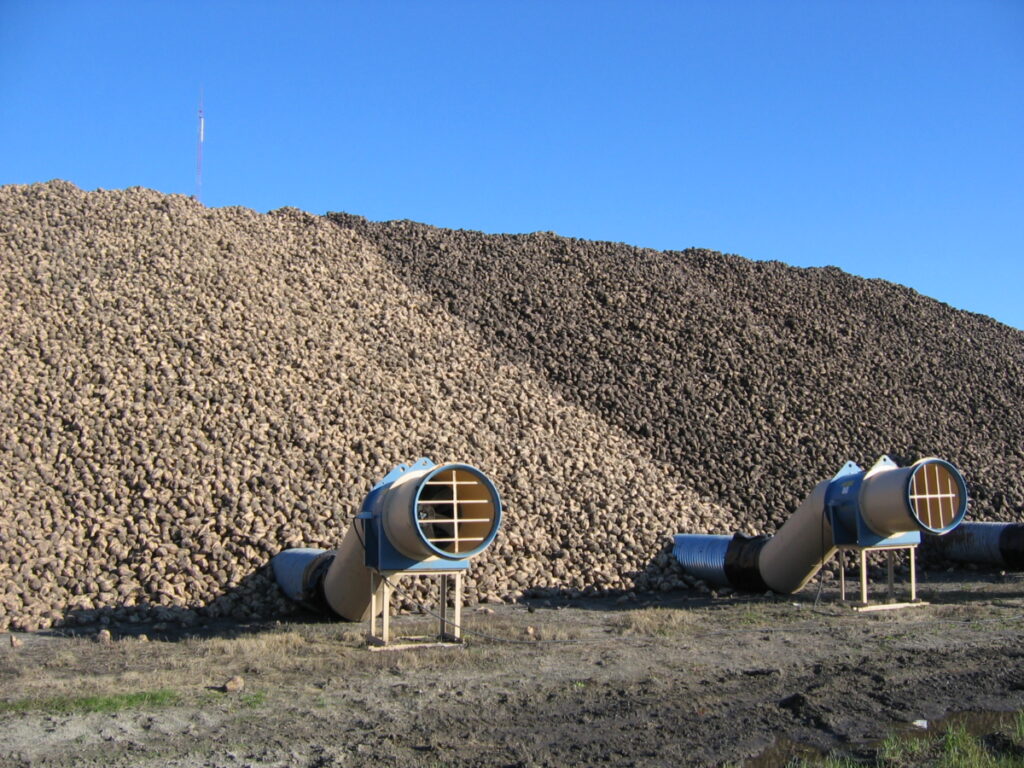 The Red River Valley Sugarbeet Growers Association (RRVSGA) was formed in 1926 for the purpose of representing growers who grew sugarbeets for the old American Beet Sugar Company, later to become the American Crystal Sugar Company.  The American Beet Sugar Company built the first sugarbeet processing factory in East Grand Forks, Minnesota.  It was dedicated in October, 1926.  Additional factories were built in Moorhead(1948) and Crookston(1954), Minnesota and in Drayton(1965) and Hillsboro(1974), North Dakota.

Growers were concerned about the future of the sugar industry so the RRVSGA members decided to take the company into their own hands by purchasing American Crystal and forming a cooperative in 1973.  Today the Red River Valley sugarbeet Growers Association’s members are the proud owners of the American Crystal Sugar Company.

The Red River Valley Sugarbeet Growers Association is the voice for nearly 2,700 sugarbeet growers who are shareholder owners of the American Crystal Sugar Company.  The Association provides a variety of services for their members.  The Association is divided into five factory districts – Drayton, East Grand Forks, Crookston, Hillsboro, and Moorhead.  An executive committee is elected from the five factories to represent growers on many issues.

The primary purpose of the Association is that it plays a lead role in legislative issues both federal and local.  Association members continue to educate members of Congress on legislative and trade matters and their impact on growers.  Efforts to promote and defend the sweetener industry are coordinated with the American Sugarbeet Growers Association representing sugarbeet growers in 11 States.

According to a study completed in 2012 by the Department of Agribusiness & Applied Economics at North Dakota State University in Fargo, North Dakota, the Red River Valley industry contributes an estimated economic impact (direct and secondary) of $4.9 billion dollars in Minnesota, North Dakota and Eastern Montana (see Agribusiness and Applied Economics Report No. 688, February 2012, by Dean A. Bangsund, Nancy Hodur, and R. Larry Leistritz, North Dakota State University, Fargo, North Dakota).  The industry employed 2,473 full-time equivalent workers and supported an additional 18,830 equivalent secondary jobs in the three-state area. In 2011, the industry generated $105 million of sales and use, personal income, and corporate income taxes in Minnesota and North Dakota with an additional $15.4 million in property taxes paid.

The Research & Education Board is a cooperative effort by growers of American Crystal Sugar Company, Minn-Dak Farmers Cooperative, and Southern Minnesota Sugar Company.  Its purpose is to promote research and education on behalf of sugarbeet producers in Minnesota and North Dakota.

Growers provide financial support through a check-off system from each of the three Cooperatives listed above.  The funds are invested in public and private research projects primarily focusing on the agronomic aspects of sugar production.  Reserchers make funding requests to the Board for review and approval.  The board is comprised of sugarbeet growers and representatives of the three cooperatives and universities in both states.

The International Sugarbeet Institute is held annually in March and is the largest exhibit of sugarbeet equipment and related products and services in the United States.  The event is held in Fargo, North Dakota and Grand Forks, ND on alternating years and features national agricultural leaders, legislators, and sugar specialists.